In misused irony, Scott Walker pokes fun of a photo of Sanders and Tlaib at a food pantry in Detroit with empty shelves The former governor of Wisconsin tweeted: ‘Anyone notice the backdrop behind Bernie Sanders and Rashida Tlaib looked like the empty shelves of stores in many socialist countries? Irony’ , Photograph: The Young Turks

Irony is a type of humor that is frequently misunderstood, and the word is therefore, frequently misused. But when former Republican governor Scott Walker used it on Monday, he didn’t realize how ironic he was truly being.

Anyone notice the backdrop behind @BernieSanders and @RashidaTlaib looked like the empty shelves of grocery stores in many socialist countries? 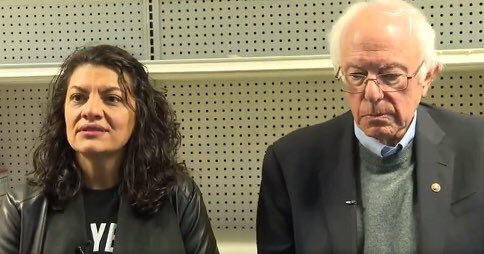 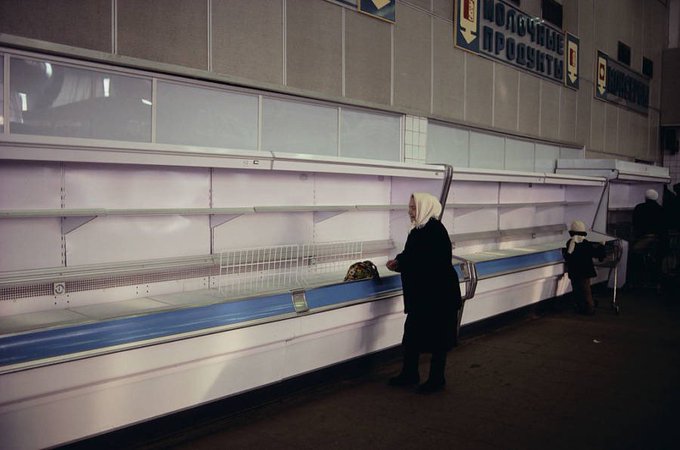 After all, what could be funnier than laughing at people starving in poorer countries when you live in one of the wealthiest countries in the world, right?

But what they didn’t realize was that the photo was taken at the last stop of a “corporate greed tour” which Representative Tlaib takes Detroit visitors on. Sanders and Tlaib’s final stop was at a food pantry where free food, water and clothes are given to low-income families in Detroit.

The pantry is on the other side of the city from some earlier stops at Marathon Oil and Little Caesar’s: both received millions in tax breaks to expand into the city.

Among other provisions, the pantry is running out of bottled water at the moment – due to the fact that a number of families in Detroit have had their water shut off because they can’t pay the bills.

The Rev Roslyn Bouier, the executive director of the Brightmoor Pantry, pointed out that the shelves were empty because of the overwhelming demand there is for food and water in Detroit. The pantry sees around 1,700 families a month.

“The pantry shelves are so empty because we are doing our job. Because people need the food. That shows the inhumanity. America needs to do better. That’s the sadness of it.”

The Rev Bouier pointed out that many people in need of food in the US are employed, but with wages so low they don’t cover the bills. She said it was evil that someone who had once held public office could laugh about that fact.

“For this community, any community in America to be without food and water, to constantly have to live with housing insecurity or water insecurity. It’s so utterly ridiculous. It’s so evil. It is evil in and of itself.”

She added that the former governor, despite being from a “more affluent area”, would have people starving in his constituency, too:

“That tells you how disconnected he is, from the people in his own community. I promise you that someone in his community will exist on the margins of society. We know that to be true all over the US.”

According to local reports, during Sanders’ visit, he heard speeches from local students who had campaigned to get clean water in their schools, after realizing that the water they were drinking was contaminated with lead.

Sanders called out corporate greed in his speech at the pantry, lamenting a system that allows tax breaks for billionaires while the poor go hungry. He said:

“Here in this campaign, we hear the word socialism a lot. Well, what this is a perfect example of is socialism for billionaires, massive amounts of subsidies and tax breaks … But for children, there’s not enough money for a decent education and for poor people, there’s not an ability to get clean drinking water.”

One in nine Americans lives with insecure access to food. In Wisconsin, where Walker was formerly governor, one in five children live with food insecurity.

Poppy Noor is a writer, features and social, for Guardian US. Twitter @PoppyNoor